Homewebsite design Web design for the visually impaired – what tools are available?

Web design for the visually impaired – what tools are available? 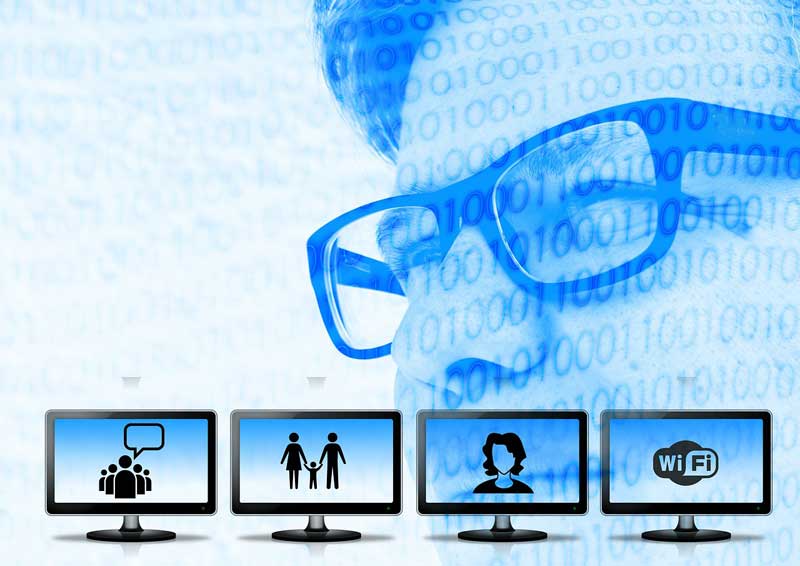 Almost half of all blind people say they feel either moderately or completely cut off from what is happening around them, and over-60s with sight loss are around three times more likely to experience depression than those with unimpaired vision. These are the realities of visual impairment. How can web design in our 21st century online world help?

Data published by the Center for Disease Control (CDC) states that more than 3.4 million Americans over the age of 40 are either legally blind or visually impaired, meaning they have a visual acuity of 20/40 or less. However, experts suggest that this figure could be just the tip of the iceberg.

The figure does not include those who are awaiting treatment, have not registered as visually impaired, or whose sight problems are not considered severe enough for them to be officially categorized as visually impaired. As a result, the true figure could as high as 10 million according to the National Federation of the Blind.

Simple web design considerations can make all the difference

The internet provides ways for the visually impaired to engage with the world that were simply unavailable in the 20th century. However, it is not all about clever technology and hardware. One web design company in NYC has highlighted these basic web design principles that can make an enormous difference:

There are steps that visually impaired users can take to make their browsing experience easier, such as increasing the page size or adjusting the contrast, and these actions will certainly make a difference for those with mild visual impairments. However, for the blind or significantly visually impaired, additional hardware and software tools are needed. Let’s take a look at some of the most popular.

30 percent of visually impaired users make use of some form of screen magnifier. These range from physical tools, almost like a traditional magnifying glass on a stand that is positioned in front of the screen, to cutting edge software solutions such as Zoom Text, which provides a fully integrated magnification and reading solution. Typically, these are installed on each machine individually, but there is a growing trend towards subscription-style services that are portable across multiple platforms.

For those on a limited budget, there are freeware options such as Virtual Magnifying Glass, but as is so often the case with freeware, there is truth in the saying that you get what you pay for, so don’t expect anything beyond basic magnification. Windows 10 also offers a built in magnifier as part of the OS.

A magnifier has its place for those with limited sight, but for the blind, something more advanced is needed. Screen readers turn text into spoken words and the most commonly used is Job Access With Speech (JAWS). As the name suggests, this is primarily aimed at the commercial market, as a tool for employers to provide more opportunities for the blind and visually impaired.

As well as translating text into speech, the software also describes images – this is where that alt text really comes into its own. As with the magnifiers, there are freeware screen reader options out there too, with NVDA being among the most popular.

This is the smartphone age, so perhaps the most telling point is that most of the software we have been discussing relates to desktop users. The major players have taken note, however, and Apple’s VoiceOver app works across all iOS products.

Ultimately, as the technology continues to improve, web access for the blind and visually impaired will get better and better. However, it still falls to good web design to keep those basic design principles we discussed earlier at the forefront of their minds.